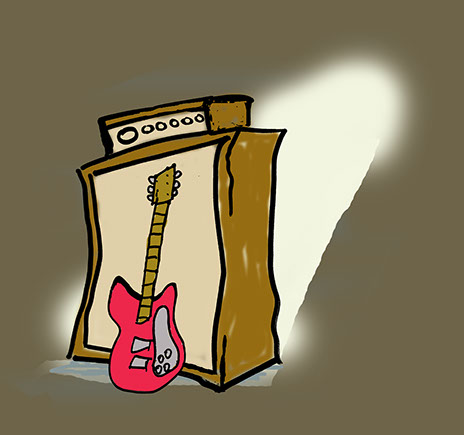 Creature That Bites are George Haworth and Christian Barton. They are both crazy musicians! This is just the start of their story...

In March 2012 Christian was feeling a little bored and one day (following a conversation with a fellow keyboard player and old friend), Christian made a big decision to spend vast sums of money on an Apple iMac and Apple Logic Pro 9 to keep himself amused.

Unbeknown to Christian, George (whom he had met a couple of months previously) was also thinking about making such an investment but George had fallen on hard times and was proper broke (and still is). With tremendous pride and some intrepidation on his part, Christian foolishly mentioned his recent acquisitions which led to the ever inquisitive George inviting himself over to check out the wares.

Within a few days, the first ideas to Going Downtown, She's Complicated and One Step Closer to Heaven were born and so to Creature That Bites, the rest as they say, 'is history'....!

Copyright The Creature That Bites 2014